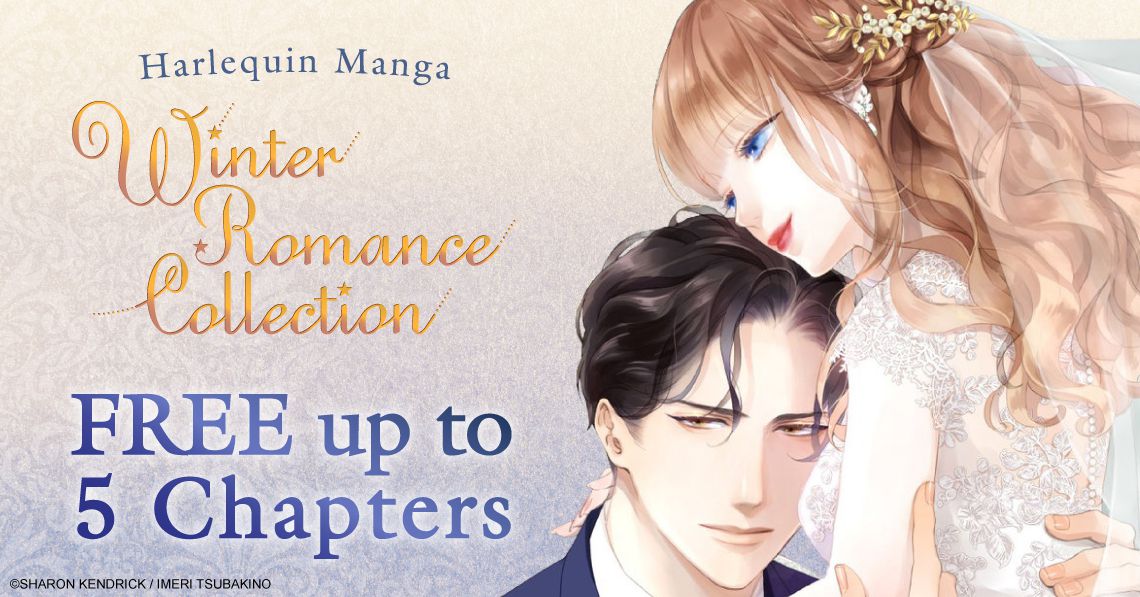 Merry Christmas and a Happy New Year! We recommended some Harlequin Manga about winter!
Wishing these Romance stories will bring so much happiness for you. 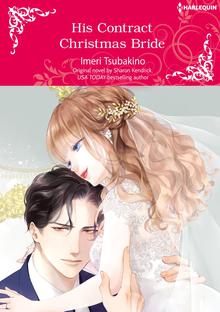 Lucy is stunned when Greek playboy billionaire Drakon proposes to her. He tells Lucy that he’s looking for a mother for his late brother’s son, and as a former midwife, Lucy is perfect for the job. It’s clear that what Drakon is really looking for is not a wife but a nanny to give the child unconditional love. Lucy doesn’t want to be in a loveless marriage, yet if it means she can finally have a family, something she’s always wanted, maybe she’ll keep her secret and accept his proposal… 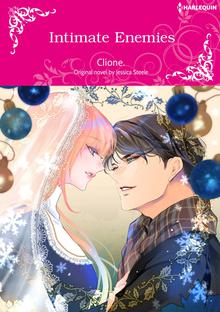 After being severely injured in an accident, Amber overhears that she has only six months to live. She decides she’ll enjoy the little time she has left and goes to a luxurious bar. There she meets Wolf and spends the night with him. She leaves the following morning without saying goodbye, knowing this can be nothing more than a cherished memory for her. A few months later, Amber’s visiting her friend on holiday when she sees none other than Wolf, whose real name is Dyson!

REFORM OF THE RAKE 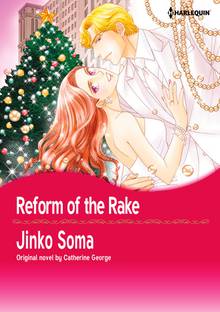 “Don’t worry, the pregnancy was a false alarm.” Leaving those words behind in a letter, Lowri wipes her tears and disappears on the day of her wedding, even though she really is pregnant with her beloved Adam’s child. However, when she told him about the pregnancy, Adam accused her of setting a trap for him. As the days passed, he became more and more indifferent toward her, until she couldn’t stand being with him anymore. Two years later, Lowri is raising her young child alone. Although money is tight, their days are happy. Until Adam appears once again… 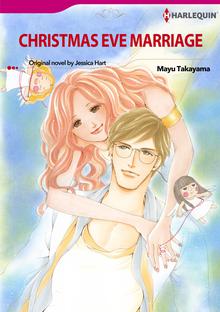 I’m going to relax as much as I want and let my heart begin to heal. That is why Thea’s now on the island of Crete with her niece. However, Rhys, the man staying in the villa next to hers, presents her with a wild idea. In order to avoid the nosy neighbors, he wants her to pretend to be his fiancée! He’s earnest and charming, so it wouldn’t do her any harm to play along with him. However, her heart races whenever he's nearby. What will she do when the charade ends?

REAWAKENED BY HIS CHRISTMAS KISS 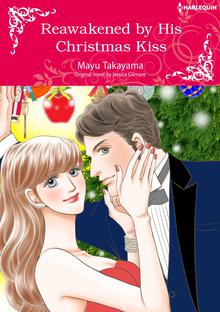 Alex Davenport returns home from one business trip only to be sent off on another, the details of which are still unclear. The taxi pulls up to Blakeley Castle, a place from which she had run away 10 years earlier and sworn never to return to. The new owner runs a successfull outdoor brand and...is her old flame, Finn? Alex can't forgive him for pretending to love her all so he could ruin her reputation, but she has a job to do. If someone you loved betrayed you so deeply, what would you do? Alex was doing just fine in her new life until now... 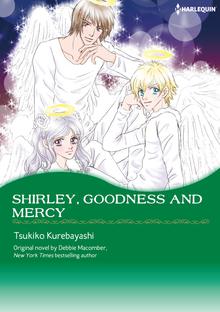 Greg is at a loss right before Christmas. His loan applications have been denied left and right, and he’s ready to give up on life after all the mistakes he’s made. He abandoned his pregnant girlfriend in his teenage years. He coldheartedly rejected a financial plea by someone he owed his life to in his twenties. He didn’t see his mother before her death in his thirties. As he lies in the snow in despair, a bright presences shines before him. Is it an angel come to forgive all of his horrible past mistakes? 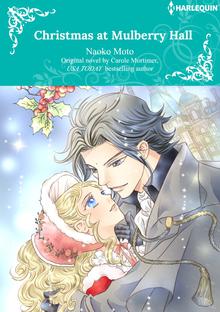 At the beginning of the 19th century, Gray, an English aristocrat, had been neglecting the estate he inherited from his late brother, never visiting it and leaving everything to the housekeeper. But when he heard a rumor that the servants had left and the mansion was falling into disrepair, he hurried to drive the carriage. As he stepped into the dark mansion, he hears the words, "Stop! A gun is aimed straight at your heart!" from a young woman, seemingly alone. She seems to have mistaken me for a bandit. The shot hit him in the arm, and he looked at her in the moonlight... there she was, breathtakingly beautiful.

CHRISTMAS WITH A STRANGER 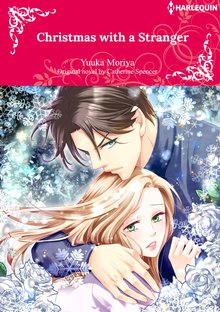 After Jessica narrowly avoids an avalanche on a mountain road, she is rescued by a handsome stranger named Morgan. Though he seems cold, she’s relieved by his offer to stay with her until the roads are cleared, despite the way her heart involuntarily flutters at just the sight of him. But after the snow is cleared, Jessica’s car won’t start, so Morgan invites her to stay at his house. But what they don’t know is that a dangerous man is coming to take revenge on prosecutor Morgan… 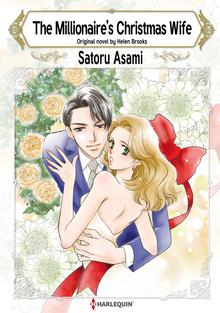 Miriam married charismatic entrepreneur Jay just three months after meeting and falling in love with him. They promised eternal love to each other, and just when she thought their happiness would continue forever, Miriam catches Jay cheating on her with his secretary! Miriam is devastated and leaves him. Ten months later, he finally reappears to grant her the divorce she’s been asking for, but he has a strange requirement… 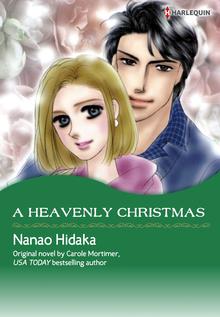 Several days before Christmas, Olivia’s playboy neighbor Ethan suddenly hands her a baby! Olivia immediately thinks the child must be from one of his random girlfriends. But as she spends more time with him, she learns there’s more to Ethan than his philanderer image, and she ends up falling for the man she discovers underneath. Does a Christmas miracle await this serendipitous pair?

ONCE UPON A FULL MOON 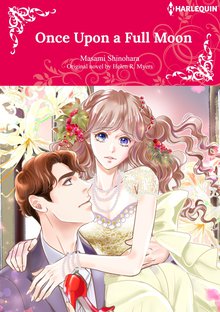 Driving on Christmas night, Worth, the heir of the Drury conglomerate, is depressed after being dumped by his girlfriend. Suddenly, a boy jumps out in front of him! He’s dirty and refuses to go to a hospital, so Worth takes him back to his mansion and tells him to clean himself off. When a loud noise comes from the bathroom, Worth rushes in and cannot believe his eyes! For the boy is a beautiful woman who looks exactly like the goddess of his dreams… 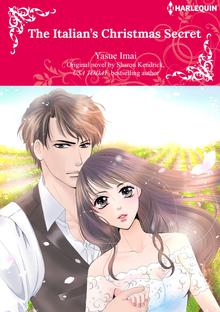 Single mother Keira must summon up her courage and finally face her son’s father, Italian billionaire Mateo. Ten months ago, Keira was assigned to be Mateo’s driver, but a sudden change in the weather one day forced them to take refuge at a small B and B…where they spent an unforgettably passionate night together! But when morning came, Mateo was gone, leaving behind only a large sum of money and a small life growing inside her. When Mateo learns of the consequence of their night together, though, he immediately confronts Keira and accuses her of keeping his son a secret! 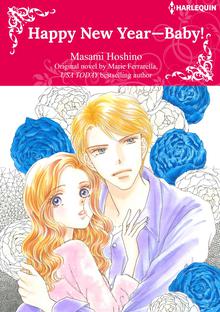 Nicole lost her car-racing husband in an accident when she was pregnant. At 26 years of age and being a widow, she decided to raise her child as a single mother, but still she felt a sense of helplessness. Then Dennis, a lawyer, moved in next door. His optimism made her feel like everything was going to be okay. Thanks to Dennis, Nicole felt her burden lightened and soon found herself drawn to him. Never in her wildest dreams could she have imagined that he wasn't really a lawyer or anything, but rather someone involved with her late husband on a dangerous mission...